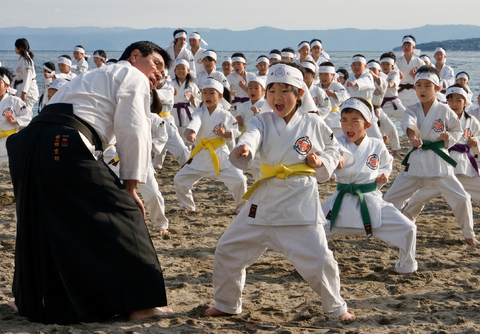 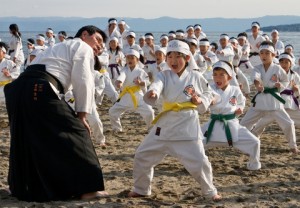 The other day, a parent of one of my intermediate students came into my office. I could tell by the look on her face that she had something to tell me.

“My son won’t be coming back after his membership is up.”

I began to explain to her that at his belt level, kids often get discouraged due to the increased expectations, etc…

But she cut me off. “Actually, Mr. Massie, I think you’re too easy on him. I don’t think he’s being challenged enough, and he’s getting bored.”

Are You Being Too Easy On your Students?

I thought about it, and realized I HAD been too easy on that class. Although I normally tend to ask a lot of my students, I had been laying off on them since the end of the school year when all the kids get “Schoolitis” and just want to focus on play and fun.

This is an important point to remember:

In our efforts to help our students succeed, sometimes we help them too much. And in the process, we forget that the vast majority of students who come to martial arts don’t just want a challenge, they crave it.

That’s why they’re at your school instead of soccer practice or swimming lessons. Those activities don’t offer the same rigorous mind-body exertion that martial arts does.

And About That Student…

So, back to this student…

Monday, I dogged all my classes out. And, they all left smiling and sweating. And even though all the kids came in the next day complaining about being sore, they were smiling about it. In fact, they were even bragging about how hard their class was the previous day.

I’ll bet dollars to donuts that kid sticks around after his membership is up – and I bet I end up keeping a few others that I had no idea were leaving… So long as I remember to challenge him and the rest of my students, every single class.

The bottom line here is, you shouldn’t let your pursuit of running a successful business get in the way of teaching good martial arts. There’s a myth in the martial arts industry that the two goals are mutually exclusive, and that’s just plain false.

Believe me when I say that you can teach hard classes and deliver top-quality instruction, and still make a good living teaching martial arts. And, if you do both right, in a way that they support each other, you’ll likely retain more students to boot.

And, I wouldn’t have it any other way.