Or, Would You Please Stop Screwing Up The Martial Arts Industry?

So this morning I see this post on a popular social media website. The gist of it is, one instructor was deriding another instructor for “only” promoting 14 black belts in 40 years.

His take on it was that it indicated the other guy was a lousy instructor. Seriously?

What I found to be really amusing was that the commenters on the thread were in unanimous agreement with that assessment. 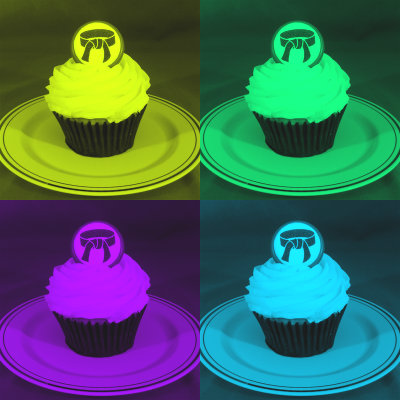 Furthermore, none of them asked any pertinent questions, like:

“Out of how many students?”

“How often do his students test for rank?”

“What’s the average time to black belt in his style?”

“Do most of the students who train with him even care about getting a black belt?”

“Is earning a black belt even the emphasis for training in his school?”

I think you get my point. The general response to this guy’s post indicates exactly how ridiculous the mainstream martial arts industry has become, when school owners believe that the ONLY indication of the aptitude of another instructor is how many people he promotes to black belt within a given time period.

Now, my question to YOU is this:

Is the real issue here student promotion, or self-promotion? 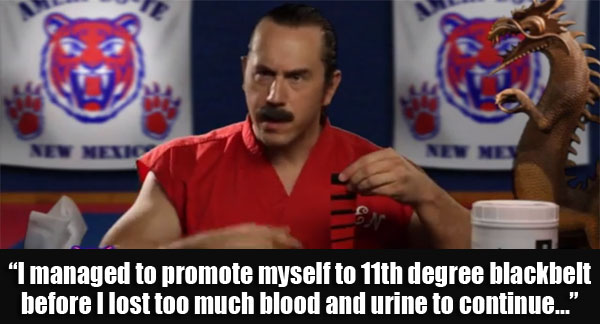 Because honestly, it seems to me like this is all just one big pissing contest about who can promote the most black belts. Sort of like when a bunch of studio owners get together at a martial arts business convention and start bragging about their enrollment (start talking profit margins though, and you’ll get a lot of hemming and hawing, believe me).

And if that’s the case, then it really isn’t about motivating people to black belt, or inspiring your students, or being a better instructor. Instead, it seems to me that it’s more about inflating egos than it is about elevating the hearts, minds, and spirits of martial arts students.

Do a web search on “worlds youngest black belt” and here’s what you get:

1,160,000 results. Yep, 1.1 MILLION results for “world’s youngest black belt.” That’s amazing! I mean, that kid must really have some incredible PR people working for him. Or is it her?

You see, when you check out the Google Image results (see above), you quickly realize that there are a lot of 4-, 5-, 6-, 7-, 8-, 9-, and 10-year-old “world’s youngest black belts” running around. And yes, there’s a four-year-old black belt running around in Florida somewhere (and he’s a cute little bugger, too – so is his sister; she made black belt at four just a few years after he did).

Oh, how low can you go, indeed!

“Now YOU Get Your Black Belt In Under Two Years – Guaranteed!”

This reminds me of a conversation I had with an old karate instructor buddy of mine about rapidly promoting kids to black belt. He once had an adult student who enrolled his kids at the “three-letter” school across town.

When he asked that parent why he didn’t enroll his kids at the same school he trained at, the guy replied point-blank that he wanted the kid to be a black belt, and he knew his kid could get it in under two years at the other school.

“Then, I’ll enroll him here to learn real martial arts,” he said. My friend just laughed.

Another true story… I once had a student who was a brown belt who’d been with me for about six years. He went to a sleepover at a friend’s house who was a three-year black belt at a school in a neighboring town. My student went with his friend to watch the kid’s class, and got to speak with his instructor afterward.

“Where do you train?” the instructor asked him.

“At Massie’s Martial Arts,” he replied.

“Oh, they do real martial arts there,” the instructor responded.

You should have seen that kid’s face when he told me that story. Priceless. He didn’t ask me why he wasn’t a black belt yet; instead, he was proud that he trained somewhere that black belt wasn’t given out as a participation ribbon for just showing up.

It didn’t damage his self-esteem to have to wait a few extra years for black belt, either. See, kids know intuitively that real self-esteem comes from personal achievement, not from false accolades derived out of participation in programs that grade based on inclusionary standards.

Do You Really Have To Give Out Belts Like Candy To Succeed?

In the past I’ve spoken at length about how the public’s increasing interest in arts such as BJJ and reality-based martial arts is proof that they want more than just a empty belt and a gold leaf certificate on the wall.

And all you have to do is visit any successful Brazilian jiu-jitsu school to see that, in fact, you don’t have to give out belts like participation ribbons at a grade school field day (and when did we start that crap?) to have a successful martial arts school.

Now, I have no idea as to the teaching skill of the “14-in-40” instructor mentioned at the beginning of this article. However, I will say that I have a damned good idea of the moral fiber of an instructor who routinely turns out black belts in under two years, or who promotes a four-year-old to black belt (I mean, did the kid start in the womb?)

So, Mr. 14-in-40, my hat’s off to you, and I encourage you to keep doing your thing. Heaven knows we don’t have enough of you guys left in this industry.