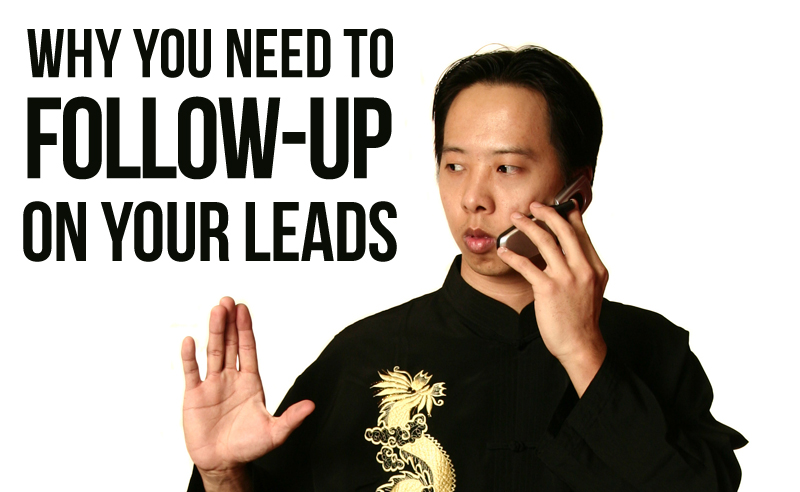 I’ve been calling around over the last few weeks looking for a place to train, because I’m coming back from some health challenges and looking to learn something new.

And, like many of the prospects you’ll get these days, I’m not using the phone because I want to control how I communicate with these schools. At any rate, I must’ve contacted a dozen different martial arts schools and instructors via email and through their web forms. Soooo…

Yep, 0. Big fat goose egg. Not a single school called me back, emailed me in response, or followed up in any way whatsoever.

There’s No Excuse For Dropping The Ball

There could be many reasons for this, and I’m sure it varies from school to school among the studios I contacted. Some may just not care. Others might be missing email and web leads because of technology issues (spam filters, incorrect autoresponder settings, etc.). Others might have delegated the task of following up to a staff member who isn’t doing the work. And so on.

Regardless, I’m simply amazed at the number of “professional” martial arts instructors who simply do not have a coordinated and systematic approach for collecting and following up on their leads.

It’s sooooooo basic to running a business – you have to respond to customer inquiries to get new business!

The moral of the story here is that you need to regularly run a check-up on your lead capture and response systems – including both technological and human components.

And of course – you need to respond to web leads within the hour, whenever possible. Here’s why… 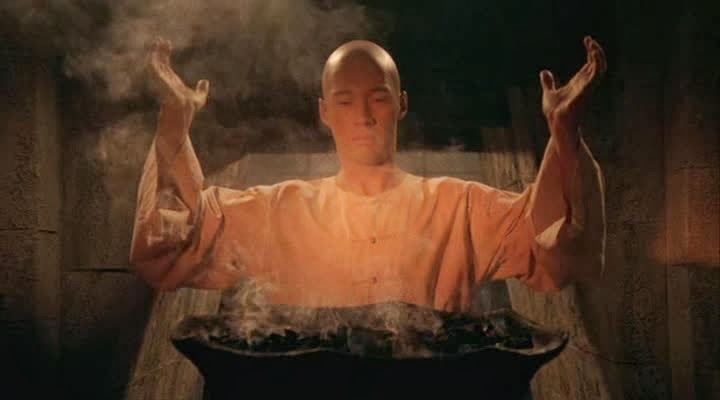 I’m currently also taking a ton of continuing training on online marketing related topics. This quote just popped up in a class presentation and I thought I’d share it, since it’s directly relevant to school owners:

“Several studies have shown that if you don’t respond within the first hour to a lead, its effectiveness declines by six times. So that lead is only 13-14% as effective after the second hour.” – Bryan Eisenberg (online conversion expert for Fortune 500 companies)

I find it interesting that the big boys who are spending millions on market research have come to the same conclusions I have in running schools for two decades… that you have to strike when the iron is hot! In fact, I’m constantly telling my coaching clients to call leads back – no matter how they are generated – as soon as you get them.

Why The Belt Factory Down The Street Is Kicking Your Ass

It’s not because they’re giving belts away – and if you keep telling yourself that, you’re just making up excuses for your own dismal performance as a school owner. The truth is, they’re beating you to the punch.

You see, if you’re not calling your leads back right away, someone else is. And, I can guarantee you that it’s probably going to be that belt factory down the street.

In my mind, if the school down the street is doing everything they can to get to that prospect first and get them in the door, then they deserve the business more than the school owner who sits on their hands and calls their leads back the next day or two days later.

Yes, you heard me right – if you’re being lazy about following up on your leads, then I don’t care how much of a ‘McDojo’ the school down the street is… if they’re willing to do the work, then obviously they deserve the business more than you do.

With Modern Technology, There Simply Is No Excuse For Not Following Up

Here’s the thing; there’s simply no excuse for not following up on your leads these days! Why? Because technology has made it so easy to follow up on calls. 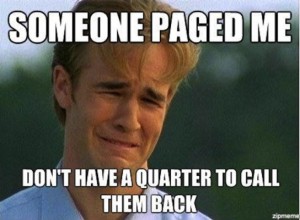 Honestly, there’s simply no excuse for not following up on your leads immediately. If you’re not, it’s only due to sheer laziness and apathy about getting new business.

Back In The Dark Ages…

You know, when I started my first school cell phones weren’t even a common technology yet. Instead of a cell phone, I actually had a pager number that I listed in my ads, and prospects would dial the number to page me to call them right away!

So, I’d get their number on my pager, and then I had to scramble to find a landline so I could call that hot lead back. And I did – I’d find a phone and call from wherever I was at.

I know, all you millennials are like, YMBKM, why didn’t you just text them? Anyway, my point is that it’s never been easier to follow-up with your leads, and if you’re not, you’re wasting your marketing dollars and losing out on tens of thousands of dollars of business a year…

And it’s your own damn fault.